Congratulations to our winner: Stephen Jarvis, Energy & Resources Group and Energy Institute at Haas, University of California Berkeley, for his paper "The economic costs of NIMBYism: Evidence from renewable energy projects".

Congratulations to our winner:

This webinar features four finalists of the USAEE Young Professional Best Paper Award Competition, who will present their work to a panel of judges. The competition is open for young (35 years of age and below) energy economists working in academia, industry, government, and other organizations. The research papers were solicited in the summer and have undergone initial evaluation by the judges. Each of the presenters will have 15 minutes to present their work and 10 minutes for Q&A with the judges and the audience. After the event, the judges will select the winner of the "Best Paper" award among the competitors, though all presenters are recognized for the quality of their work by being selected into the final competition.

The presentations will occur in this (randomly selected) order:

Efficiency in wholesale electricity markets: On the role of externalities and subsidies

Sylwia Bialek, PhD, works as an economist at the Institute for Policy Integrity at New York University, studying the efficacy of environmental policies. Recently, her focus has been on environmental policies in the context of electricity market design and regulation, in particular in connection to capacity markets. In addition to producing scholarly research, Dr. Bialek has also engaged actively in PJM and NYISO proceedings and working groups.

Rodney Kizito graduated from the University of Pittsburgh in 2010 with a Bachelor’s degree in Industrial Engineering. He went on to earn a Master’s degree in Industrial Engineering from the University of Arkansas in 2017 and is currently pursuing his PhD in Industrial Engineering at the University of Tennessee (UT), while working for the U.S. Department of Energy in the Research and Development division. His current research focuses on the optimization of solar-based microgrids during large-scale power disturbances, as well as the application of predictive analytics through the use of machine learning. Rodney’s graduate career currently includes four publications, and awards such as the Rising African American Leaders Award from Pitt’s African American Alumni Council, the 2020 Outstanding Graduate Student Award and the Chad Holliday Graduate Fellowship from UT’s Industrial and Systems Engineering department. He is very active in his many communities through his work with underserved Middle and High School students and commits himself to helping these students realize that future careers in STEM fields are a possibility for them, regardless of their backgrounds.

The economic costs of NIMBYism: Evidence from renewable energy projects

Stephen Jarvis is a PhD Candidate at UC Berkeley’s Energy & Resources Group and a Researcher at the Energy Institute at Haas. His research interests are centered on energy and environmental economics, with a focus on applied econometrics and machine learning methods. His current research includes work looking at the phase-out of nuclear power in Germany and a study of the social costs of NIMBYism in the context of renewable energy deployment. He came to Berkeley after three years working for Ofgem, the UK’s energy regulator, and before that he studied at the London School of Economics.

Dr. Harker Steele works as an economist for KeyLogic Systems LLC. supporting the Systems Engineering and Analysis Directorate at the U.S. Department of Energy's National Energy Technology Lab (NETL). In her current role she utilizes economic theory and empirical methodology to analyze the economic impacts of R&D being conducted by the lab. Her research focuses on the development and deployment of carbon capture technologies, electricity market infrastructure changes, coal markets, and demand response for natural gas. In general, her  research interests center on understanding the economic efficiency and distributional equity implications of policies related to energy production and consumption across the United States. She has a strong interest in energy economics, environmental economics, production economics, and regional economic issues.

The moderator and the judges of the competition are:

Yueming (Lucy) Qiu is an Associate Professor in the School of Public Policy at University of Maryland College Park. Her research group focuses on using big data with quasi-experimental and experimental methods to answer empirical questions related to the interactions among consumer behaviours, energy technologies, and incentives. Her research projects have been funded by the National Science Foundation, the Sloan Foundation, Department of Defence, and Water Research Foundation. Dr. Qiu received her Ph.D. from Stanford University and B.S. from Tsinghua University.

Dawud Ansari is a researcher at the German Institute for Economic Research (DIW Berlin) and director and co-founder at the Energy Access and Development Program (EADP). Besides that Dawud is an independent consultant and (senior) lecturer at multiple institutions. He researches for and advises national and international bodies on the economics and governance of energy systems, development issues, energy access, and resource management, particularly in the Middle East. In addition to that, Dawud works on numerical modelling, off-grid design, and management topics. He holds a PhD in economics and studied at Berlin Institute of Technology, Humboldt University, and the Johns Hopkins University.

Anna (Ebers) Broughel is a renewable energy economist at an engineering consulting firm Tetra Tech. Her most recent research reviewed over 60 international energy scenarios for 2040 and beyond, developing four main scenarios for post-COVID19 energy futures. Prior to joining Tetra Tech, she worked at the U.S. Department of Energy as a Science and Technology Fellow. During her post-doctoral training at the University of St.Gallen in Switzerland and at the University of Maryland, College Park, she researched social acceptance of wind energy and other energy technologies. She holds a PhD in economics and policy from the State University of New York in association with Syracuse University,

Nathalie Hinchey is an Associate at The Brattle Group, an economic and litigation consulting firm. Nathalie has published research that examines strategic investments, competition, and market manipulation in various natural gas markets. Additionally, Nathalie has experience quantifying commercial damages in the energy industry and has provided expert testimony support for pipeline market power cases. During Nathalieâ€™s doctoral studies, she was a Graduate Fellow at the Baker Institute Center for Energy Studies. Nathalie received her PhD in Economics and MA in Statistics from Rice University, and her MA in Economics from the University of Toronto.

Chiara Lo Prete is Associate Professor of Energy Economics at The Pennsylvania State University. Dr. Lo Prete studies the design and operations of electricity markets using quantitative methods at the intersection of economics, operations research and statistics. Current research focuses on market design to accommodate renewable energy penetration, grid resilience against natural gas disruptions, and impact of state environmental policies on regional electricity markets. Before joining Penn State in 2014, Dr. Lo Prete earned a Ph.D. in Geography and Environmental Engineering from The Johns Hopkins University in 2012, and was a Ziff Environmental Fellow at Harvard University from 2012 to 2014.

USAEE provides a wide range of education, publications and resources for energy economists.

USAEE offers ways for members and students to connect to and communicate with each other and chapters.

USAEE welcomes as members people and companies who have an active interest in the fields of energy or energy economics working in the public and private sectors. 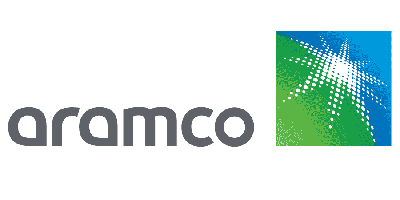 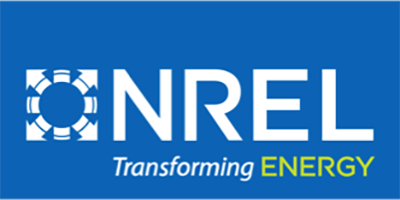 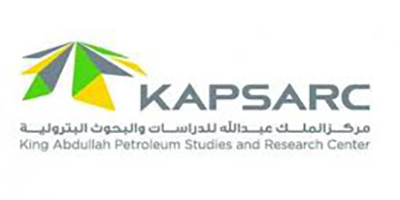 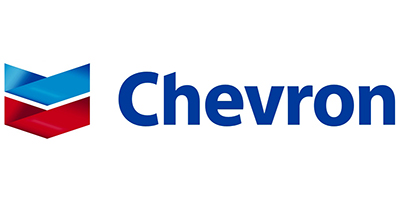 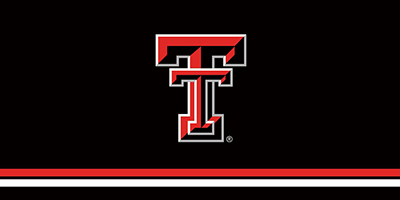 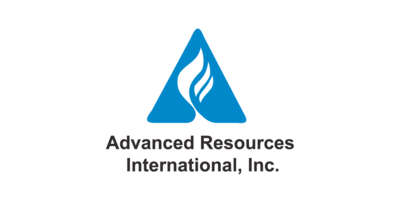 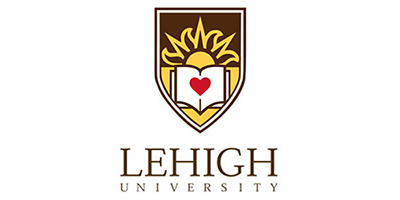 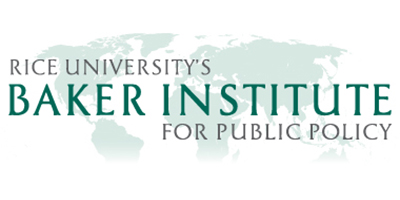 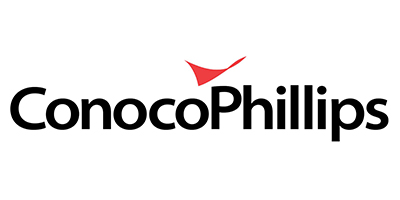 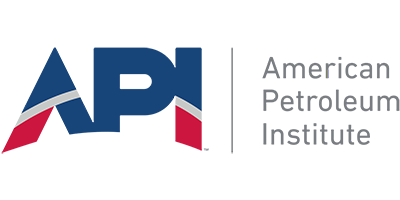 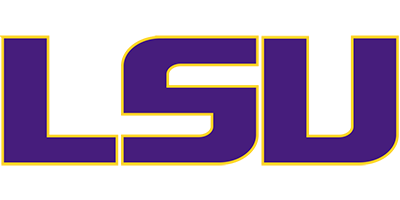 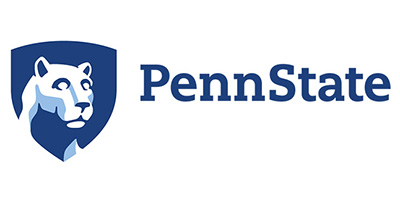 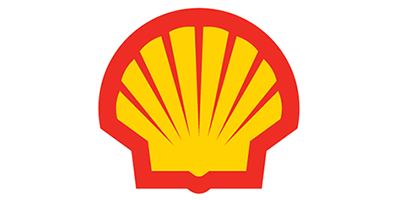 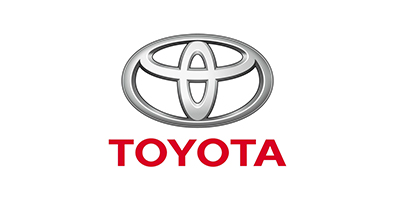